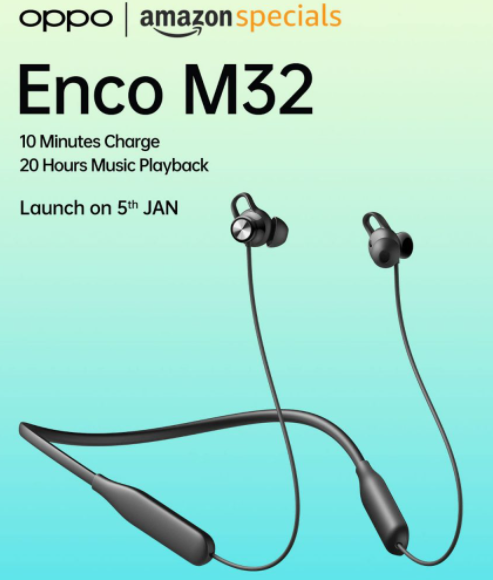 OPPO started teasing users by launching the Enco M32 neckband in India, which is the successor to the more popular Enco M31 launched last year.

The headset has a new ear wing design, but it also retains an in-ear design. According to the teaser, it supports fast charging, which gives you 20 hours after charging for only 10 minutes.

OPPO is also holding a raffle on its website that started on December 25 and will run until January 5, 2022, and the rules state that prize vouchers will be valid from January 1 to January 17, so the handset is supposed to launch sometime in the first week of January.

OPPO Enco M32 will be launched in India exclusively on Amazon.in, as well as the OPPO India Store.