Leaked images reveal the specifications of the Samsung Galaxy S22 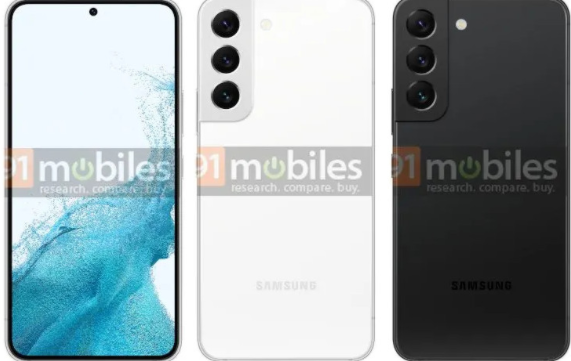 The phone appeared in green, gold, black and white. And unlike the S22 Ultra, the S22 has a flat screen and bezels that are much thinner than the previous version.

According to rumors, the phone will come with a 6.09-inch AMOLED screen with a resolution of FHD + with a refresh rate of 120 Hz. The phone is expected to be powered by the Exynos 2200 or Snapdragon 8 Gen 1 processor, depending on the market.

The image reveals triple rear cameras, which could house a 50MP main camera along with ultra-wide and telephoto cameras.

According to rumors, the phone could come with a 3,700mAh battery with support for 25W fast charging as well as wireless charging.

The Samsung Galaxy S22 range is expected to be presented at the Unpacked event on February 8, 2022, with pre-orders starting on the same day. It is rumored to go on sale globally from February 18, 2022.