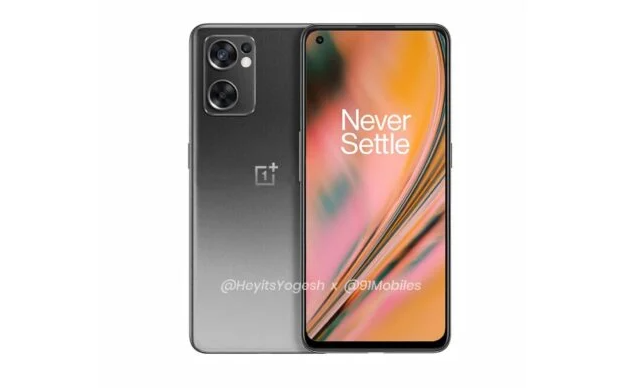 The OnePlus Nord 2 CE has been in the news for the past few days, and the device is expected to be launched in India and Europe in the first quarter of 2022. Its basic specifications were recently leaked, and now new leaked images have surfaced revealing the design of the device.

The images were leaked by Yogesh Brar, and according to the images, the phone will feature a new camera design approved by both OnePlus and realme.

The smartphone will come with a 3.5mm headphone jack and also a MicroSD card slot. Moreover, the images show the device in two colors (gray and green), however there may be other color options.

As far as specs are concerned, the phone is expected to arrive with a 6.4-inch AMOLED screen with a 90Hz refresh rate, a MediaTek Dimensity 900 processor, up to 12GB of RAM and 256GB of storage, and an OxygenOS 12 user interface based on Android 12 And a 4500 mAh battery that supports 65W fast charging.

Other specifications of the phone include a 64MP + 8MP + 2MP triple rear camera setup, a 16MP front camera, an in-display fingerprint sensor, a dual SIM card, and 5G connectivity.