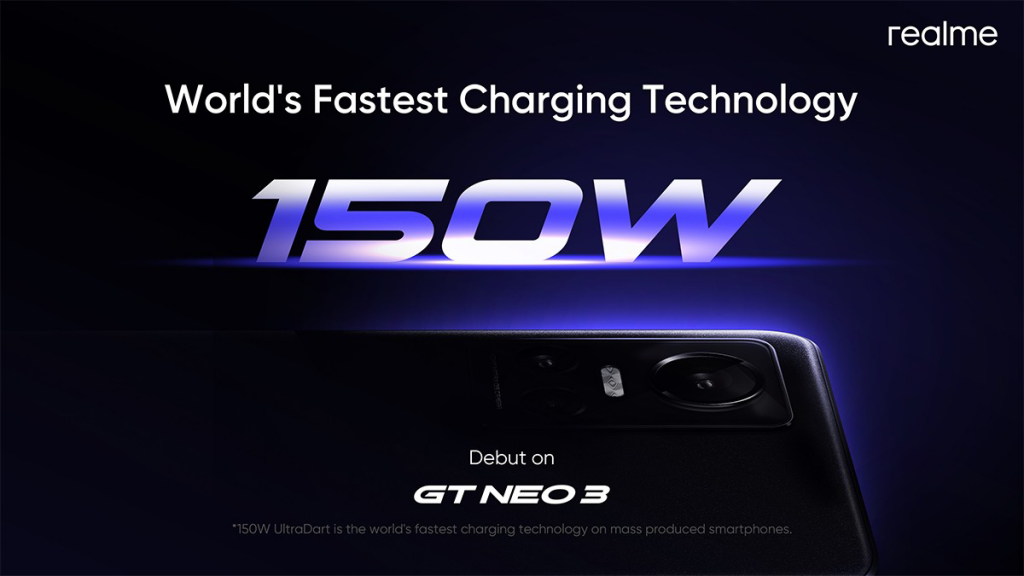 During the company’s event at the Barcelona exhibition, “Madhav Sheth” Realme’s deputy confirmed the company’s plans to launch the Realme GT Neo3 with a phone with a camera under the screen in the second half of 2022.

Realme held an event during MWC 2022 to launch the GT2 series for global markets, with the Book Prime computer, and the Buds Air 3 wireless headset.

The company also presented during the event UltraDart charging technology with a capacity of 100 to 200W, and “Madhav Sheth” reviewed in a media conference the company’s upcoming plans, which include the launch of the Realme GT Neo3 with a 150W UltraDart charging capacity, and the Dimensity 8100 processor, which is available in the second half of 2022. 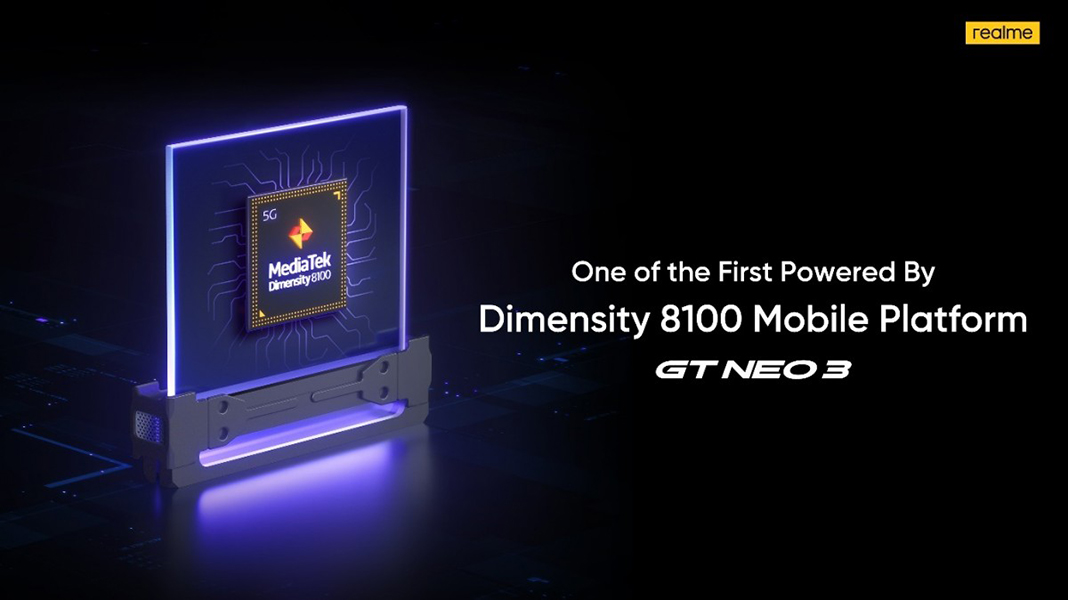 On the other hand, the company confirmed the development of a phone with camera technology at the bottom of the screen, which will also be unveiled in the second half of 2022.