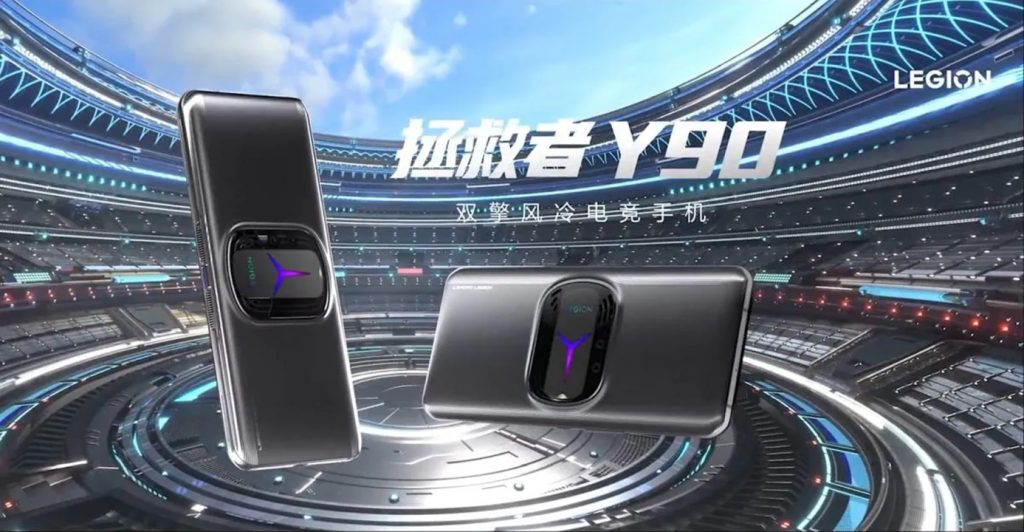 After the rumor mill was exposed to a phone Legion Y90 Over the past weeks, the Chinese company inevitably had to announce it during the MWC 2022 Mobile World Congress.

Lenovo Legion devices have always had a good reputation when it comes to gaming performance, likewise, the Legion Y90 has top-of-the-line specs that put its full focus on enhancing performance in gaming. Let’s take a closer look at the design and specifications of the gaming phone just launched by Lenovo.

Since it is a first-class gaming phone, Lenovo has put its full attention on enhancing the cooling system in order to ensure stable and stable performance of the phone during long gaming sessions.

Therefore, the phone has a cooling system that includes more than 1600 mm² of custom cooling material with a large cooling plate of 3520 mm² with dual fans that feature professional fins that enhance the absorption of cold heat from the outside and better distribution on the back cover of the phone.

The Legion Y90 features a unique design, a rear camera located in the middle of the back cover and the famous “Y” mark that refers to the iconic Legion brand logo.

The camera module is inside an oval island and has RGB color lighting on the logo. Another notable gaming feature is the four shoulder-mounted buttons that can be customized to the user’s liking.

From the inside, the phone is powered by the leading Qualcomm Snapdragon 8 Gen 1 chip, paired with up to 18GB of RAM, with support for a maximum of 4GB of RAM, and up to 512GB of internal memory.

It is worth noting that the phone contains a solid-state storage (SSD) with a capacity of 128 GB, which ensures the provision of support for RAID 0 with the other UFS 3.1 storage to enhance reading and writing speeds.

The rear camera is a dual lens that features a 64MP main sensor accompanied by a 13MP secondary lens. On the front, you will find a 16-megapixel lens.

The phone draws its power from a huge 5600 mAh battery that supports 68W fast charging, which gives the user the ability to charge the battery to 100% within 38 minutes. The phone has two USB-C ports and supports Bluetooth 5.2, OTG, and Wi-Fi 802.11ax.

The phone will be available for sale in China starting on March 10th. The phone comes in the form of three different storage options that come as follows: