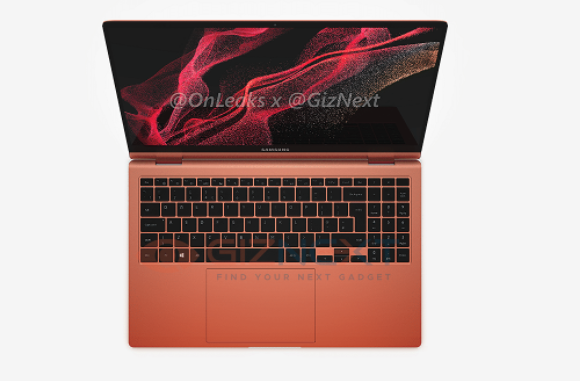 The company is said to be preparing to present its next flagship product at MWC 2022 later this month, the legendary Galaxy Book Pro 2 360 laptop. While details have not been revealed yet, Giznext has been able to obtain exclusive images. for the new device. 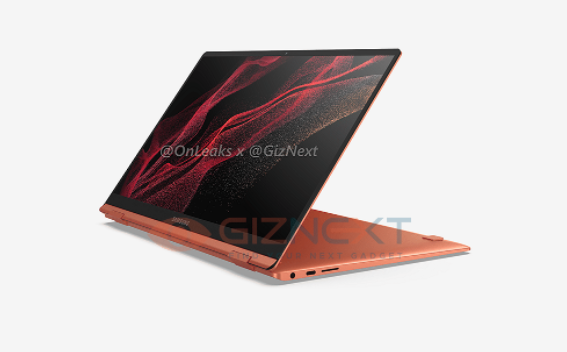 The leaked images reveal a 360-degree foldable laptop in a dark red color. The Galaxy Book Pro 2 360’s codename is “mars 2”, and it is said that it will be the successor to the standard Galaxy Book 360 edition.

Although Samsung has not yet confirmed the name of the new computer, it may be called the Galaxy Book Pro 2 360, according to available details. In terms of design, only minor improvements can be seen in the photos. Aside from the more spacious keyboard and larger trackpad, we can’t see any major design changes to the panel and hinge.

In addition to supporting the 360-degree foldable design, the screen bezel size is very similar to the previous generation design. However, the leaked images did not reveal whether it supports the S Pen or not.

Finally, sources say the Galaxy Book Pro 2 360 may feature a 15-inch screen, and will support a USB-C port, a 3.5mm headphone jack, and a microSD card slot.