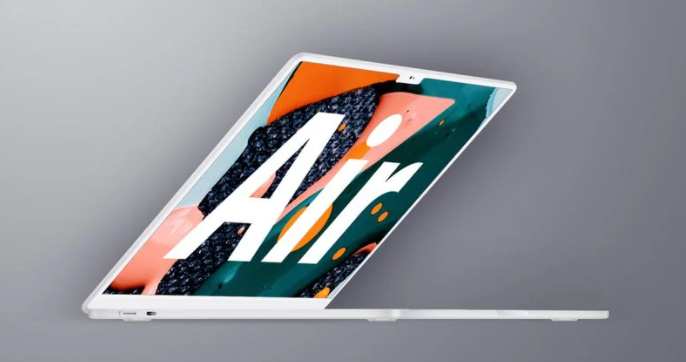 The latest leaks that came through “Macrumors” indicated Apple’s plans to launch a MacBook Air with two screen sizes, and without Mini-LED technology.

Analyst Ross Young of Display Supply Chain confirmed that the MacBook Air will launch in two screen sizes, 13 and 15 inches, but these versions will not include ProMotion technology in the screen.

The analyst “Young” also indicated that the MacBook Air for the year 2022 comes with a screen size of 13.6 inches, which is 0.3 inches larger than the current MacBook Air, and it also comes in a size smaller than the distinctive 14-inch MacBook Pro.

The analyst “Ross Young” confirmed earlier that Apple is developing a 15-inch MacBook Air, with this version to be launched in 2023.

While analyst Ming-Chi Kuo indicated in a previous report that the upcoming 15-inch Apple device will be launched in the market, titled MacBook only.

Also, this version will not include mini-LED technology or ProMotion in the screen, as the upcoming MacBook Air devices come with an LCD screen.