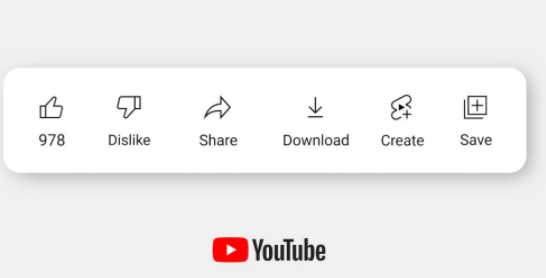 YouTube announced today that it will hide the numbers generated by the “Dislike” button from the general public in both videos and live broadcasts.

As shown in the image above, the ‘Dislike’ button will remain next to the ‘Like’ button, and people can still dislike the video, but the number of dislikes will not be shown to viewers. However, clip owners will still be able to view the number of likes in YouTube Studio.

YouTube said the move followed an experiment it conducted in July of this year to see if changes to the number of likes could help protect creators from harassment and reduce hate. As people increase the number of dislikes on creator videos.

After the experiment, the platform found that hiding the “dislike” count made people less likely to target the “dislike” button in a video to increase the number, and the data showed a decrease in the attack.

Creators will still be able to find the exact “dislikes” number in YouTube Studio if they wish.

This new change will be rolled out starting today on the site.