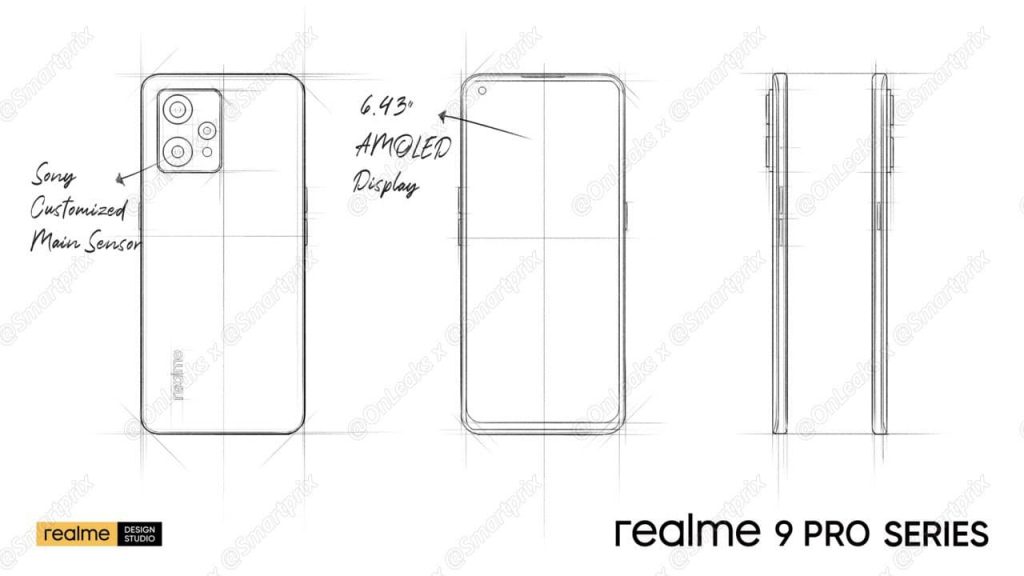 Leaked graphics leaked today for the upcoming Realme 9 Pro, which revealed that the phone will have a 6.43-inch AMOLED screen in addition to a custom Sony main sensor on the back of the phone.

It is clear that the source of this leak claims that these drawings are 100% confirmed, but what does that mean? Did someone gain access to the phone designers’ work?

At the moment, not much is known about the Pro, but the Pro+ is supposed to get a 50MP main rear camera and a 16MP front camera.