Oppo Reno 4 Review – Secrets You Do Not Know 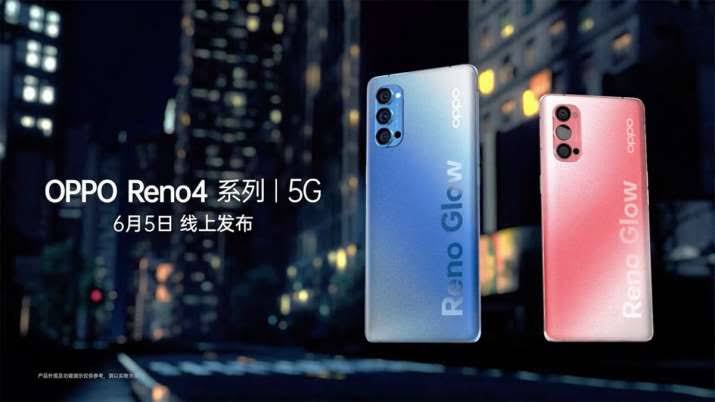 The design feature Reno 4 flaw .. start .. defect completely .. plastic raw materials and tolerant Qat .. But Httakrbh easily .. Minfc walk Palmobail non – pod, the Baiji in the box with him .. And of course , do not need the competition Acolk all mobiles design glass except for Mobiles Samsung .

The advantage remains .. the plastic material and the small battery .. the weight is 165 grams .. and its thickness is 7.7 mm .. in short, this is the thinnest and lightest medium-sized mobile phone currently in Egypt … in many people who like this light weight issue, personally, I am one of them .. but I mean I could charge 20 grams more and take higher specifications, especially the battery.

Honestly, I like the shape of the camera .. 3 large lenses and the fourth lens above on the right .. Even the black color of the mobile phone has a nice engraving … and the phone is beige in black and blue colors.

A 6.4-inch Super AMOLED screen with FHD + resolution with a normal frequency of 60 Hz and has two small selfie holes on the left .. The screen edges are very traditional .. The lower edge is not smaller than the previous generations .. I was a little less.

In general, the screen is much more comfortable than the old screen that was noticed on the Oppo Reno 3 .

The screen in terms of brightness under the sun is excellent, there are no problems .. in terms of colors, it is excellent in its coldness .. In general, this is the same Quality screen of the Realme 7 Pro which is still slacking .. out of shape .. We can say the screen here is good.

Oppo decided to dispense with the services of MediaTek P processors and said to Qualcomm .. It used a Snapdragon 720G processor in the regular Oppo Reno 4.

I see this achievement .. Yes, I know that there are mobiles at a lower price that have the same processor .. but a sweet move from OPPO that it is going to SD processors .. It is enough to tell you that Realme used the same processor in Realme 7 Pro, which is coming to Egypt soon.

The idea is that the performance is almost a defect of the mobile phone’s defects for the first time in the middle class of OPPO .. You can accept it as normal .. No one will tell you about the performance of the processor, which is a fatal flaw .. I can tell you that there are other phones that offer better performance like the Nova 5T, for example. With a leading processor .. ok?

As for the normal performance of the Reno 4 .. Very reasonable performance .. There are no problems that I encountered with the mobile .. We all know a stable OPPO interface, it is a lot of options, but it is stable .. and its performance is very good with the SD720G.

A small battery with a size of 4000 mAh in the regular and Pro Reno 4 .. Yes, it is really small .. The lowest acceptable battery now is 4500 mAh and I told you in the design part, there is no difference with me, the mobile increases 20 grams and the battery is getting a little bigger.

In general, the battery drains quickly .. It will work with you about 5 hours. Screen On, which is less time than all competitors .. If you turn on the 90Hz frequency on the 4 Pro, it will get rid of it faster than that too.

And the selfie, as I understood you, is a single 32-megapixel lens, an F / 2.4 aperture. The second lens has nothing to do with photography … and we talked about it in the software part.

After I tried the Mobilin with a lot of people .. found that the pictures are of the same details .. the difference is in the look or the image processing format in high beams .. The 4 Pro is still a little better .. but this is different from the rest one.

This means that the cameras are relatively good in the regular Reno 4 for its price over the amount of detail .. But the pictures are not very sharp .. I feel it is more inclined, because it remains moving .. But the Pro camera for its normal price did not impress me.

Even when we darken the world a little and photograph using the Night Mode … the pictures look very good and you really appreciate it depending on the Night Mode in these phones.

As for the selfie, so, as OPPO usually does, you know that the selfie works very well .. It is almost always one of the best selfie cameras you can try .. and it cools in a slight difference in image processing between normal and pro.

However, the amount of details is very close to each other … and the angle of the regular Reno 4 is a bit wider in photography than the Pro .. Overall the selfie is very good.

And with you, of course, the delicious Options like the Ultra Stady will let you download the quality at 1080p @ 60fps , which is good if you are shooting a sports scene, for example, and also the Portrait if you want to shoot one video and isolate the background from it

watch this video to show all details