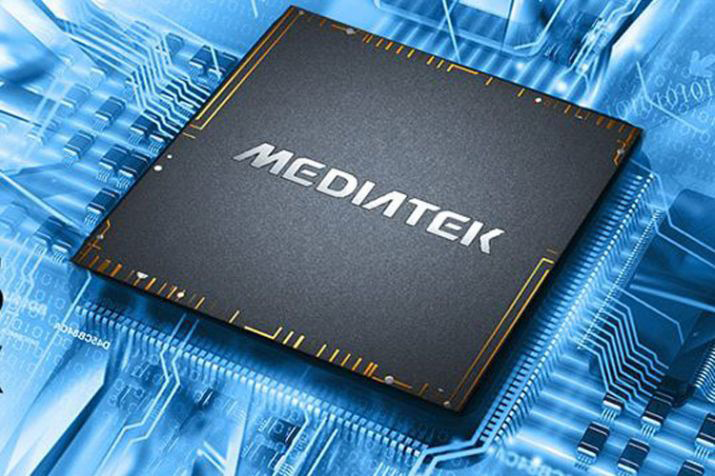 A new report revealed shipments of processor chips for smartphones in the Chinese market, where MediaTek occupied the first place in chip shipments in the third quarter of 2021.

MediaTek has been able to achieve remarkable success in the recent period, as the company has become a really strong competitor to major processor developers. 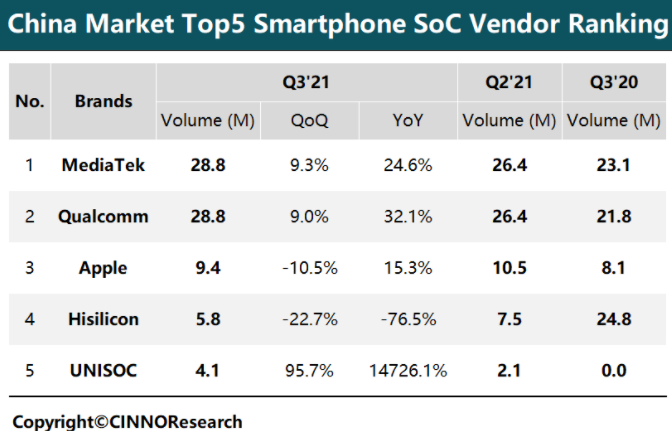 CINNO’s report on shipments of processors in September showed that Qualcomm ranked first with shipments of 8.6 million units, an annual increase of 59.2% over last year, but the company’s sales fell compared to August by 18.5%.

On the other hand, MediaTek sales declined by 17.5% during the month of September compared to last August, while it decreased by 2.8% compared to September 2020.

Also, with the high demand for the iPhone 13 series, the A series of chipsets recorded strong shipments during the month of September, as shipments increased by 32.5% in the quarter, and by 43.5% annually.

The CINNO report provided an analysis of the performance of processor developers in the third quarter of 2021, as Qualcomm sales match MediaTek sales during this quarter with shipments of 28.8 million units, as MediaTek was able to achieve a growth in shipments in the third quarter by 9.3%, while achieving annual growth By 24.6% compared to the same quarter last year.

It is noteworthy that the report also highlighted UNISOC, which is witnessing a significant jump in sales, with an annual growth rate of 14726.1% compared to the third quarter of 2020.