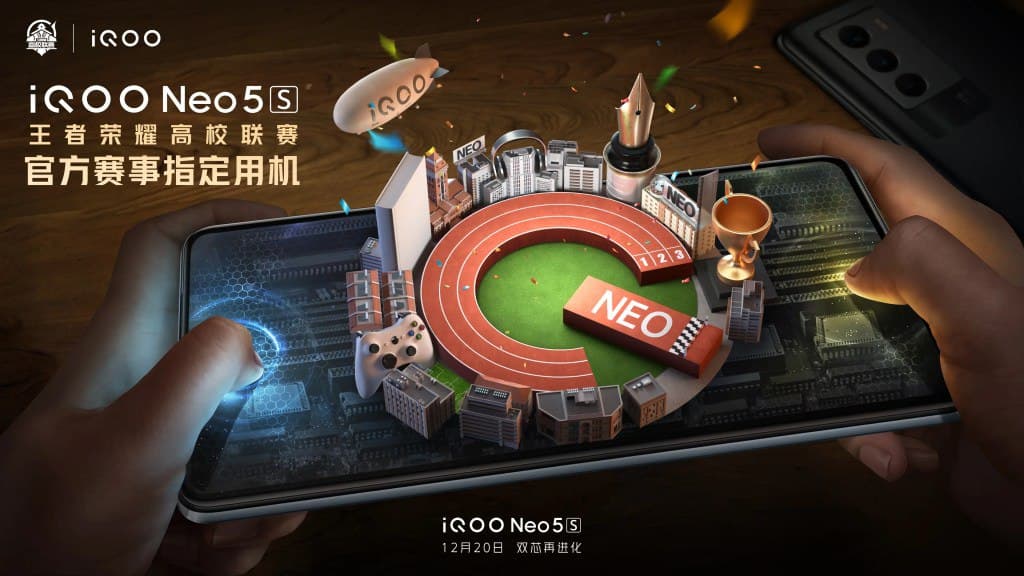 There is an iQOO event scheduled for December 20 where we will see the Neo 5s with Vivo’s latest Origin OS Ocean user interface.

And now, the latest teaser of the device has appeared which confirms the presence of a pressure-sensitive screen, the phone will also serve as the official gaming phone for Honor of King College League.

The iQOO Neo 5s will debut with a Snapdragon 888 processor, 66W fast charging and a 48MP IMX598 main camera with OIS.

In related news, the iQOO Neo6 was spotted on the Geekbench database. The phone is expected to debut sometime in 2022, and the listing reveals that it carries the vivo V2154A ID that matches the previous Google Play Console and 3C listings.

The Geekbench listing also revealed the Snapdragon 888 processor with the phone, with 12GB of RAM, and the Android 11 operating system.