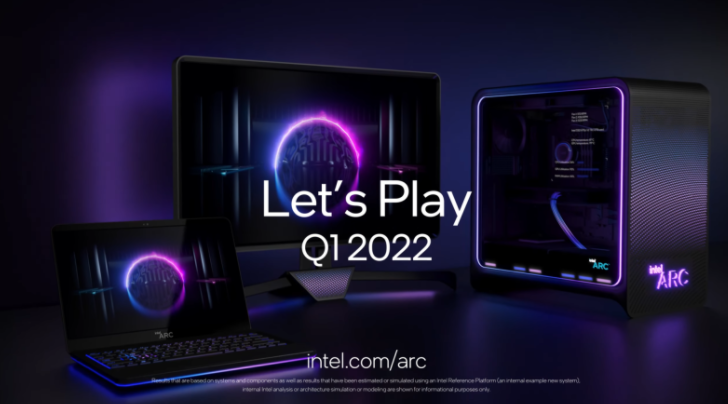 Intel is holding an event on March 30th to announce Arc Alchemist, the first release of discrete graphics cards from Intel for laptops.

Intel is preparing to compete in the graphics card market targeting gaming laptops with its first release of Arc Alchemist discrete graphics cards.

Also, it is scheduled to announce the first gaming computers, which include the new version of the Arc Alchemist graphics card provided by Intel.

In previous statements, Intel indicated its plans to launch the first separate graphics card in the first quarter of 2022, to begin competition in this market with Nvidia and AMD.

The Alchemist graphics card is based on the high-performance Xe-HPG architecture, and leaks indicate that it will come with a competitive performance for the market.

It is noteworthy that expectations indicate that the first generation of the graphics card provided by Intel will target laptops with a low pricing level, and it is expected that the Galaxy Book 2 Pro and Acer Swift X will be the first versions to be announced with the new graphics card.

Also, Intel plans to release a dedicated graphics card for desktop computers in the next quarter of this year.