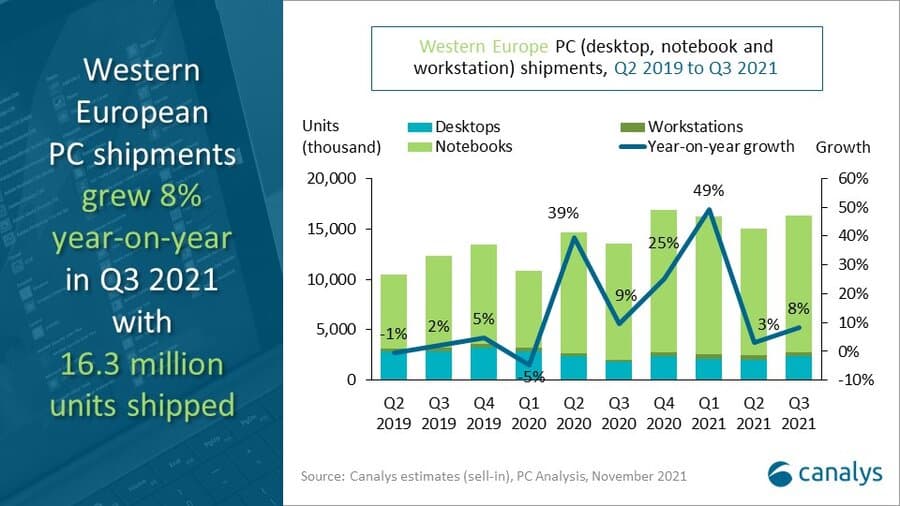 Based on data from Canalys and the Western European computing hardware market in Q3 2021 that includes desktops and laptops, the industry grew 21% year over year, with shipments totaling 16.3 million.

The period from July to September saw the sixth consecutive quarter of growth in the computer hardware market in Western Europe, indicating a stable long-term demand for new hardware.

Canalys analysts note that there is a shift in demand from consumers to commercial customers, and demand for PCs is expected to maintain growth as we approach 2023.

Turning to the tablet market, which Apple still leads with 3.1 million iPad shipments and a 45% market share, Western Europe tablet market shipments totaled 6.9 million, although all other companies except Apple saw a drop in numbers. Annual charging with Samsung contract over 50%.