Galaxy A73 5G appears in a teaser image revealing the design 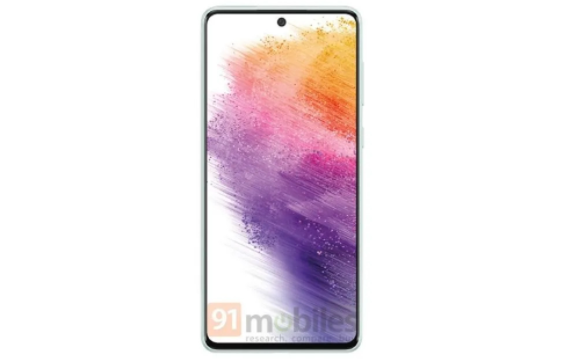 The highly anticipated Galaxy A73 5G smartphone has appeared in a teaser image that was shared by famous leaker Evan Blass.

Apparently, the smartphone has a perforated screen with ultra-thin bezels. Compared to the leaked image of the Galaxy A53 5G, the screen of the A73 5G appears to have an intuitive appearance. Even the bottom bezel is very thin compared to the A53 5G. The phone has a flat screen.

As some specifications of the phone have been revealed, it has a quad camera setup with a 64MP main lens with OIS support. The camera setup features a 12MP resolution, 5MP depth sensor, and a 5MP macro sensor. On the front, it has a 32-megapixel selfie camera.

Other specs include a speaker on the bottom, a USB Type-C port, a microphone, and a SIM slot. It appears that the device does not have a 3.5mm headphone jack.