The latest reports revealed the results of Geekbench 5 tests for the Dimensity 9000 chip, which was able to score better than the Snapdragon 8 Gen 1 and Exynos 2200 chips.

MediaTek is preparing to launch the Dimensity 9000 processor chip, which is the first premium version from the company, which comes at a level that competes with Qualcomm and Samsung chips. 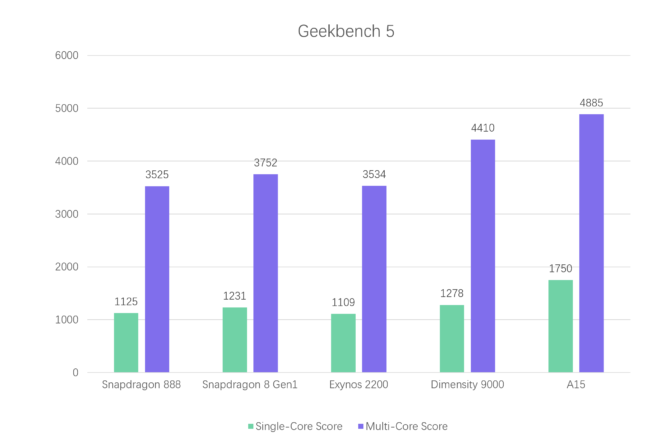 However, the Geekbench 5 report shared by the “Ice Universe” page today reveals a competitor performance for the new Qualcomm Snapdragon 8 Gen 1 chip, as well as the Samsung Exynos 2200 chip.

The report confirms that the Dimensity 9000 processor as well as the Apple A15 are the best in the Geekbench 5 multi-core and single-core tests.